Research Fellow at The Clorox Company 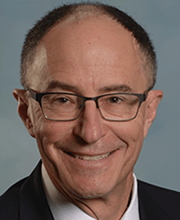 Brian T. Sansoni is the Senior Vice President of Communication, Outreach & Membership at the American Cleaning Institute. ACI is the trade association for the cleaning products industry in the United States, based in Washington D.C.

Since 2000, Mr. Sansoni has served as a spokesman for ACI and is responsible for the association’s external and internal communication activities, including media relations and promotion of the ACI’s technical, government affairs, sustainability and consumer education activities.

In 2012, he was named Vice President, Sustainability Initiatives, reflecting the work already done to build ACI’s sustainability programs that showcase how ACI members are leading the way in demonstrating sustainability every single day. This includes the 2011 release of the first-ever Sustainability Report for the U.S. cleaning products industry.

Prior to joining ACI, Mr. Sansoni worked at the Grocery Manufacturers of America (now Grocery Manufacturers Association), the world’s largest association of food, beverage, and consumer product companies. While there, he served as Senior Manager for Public Policy Communications, working as a spokesman for association positions on issues like food biotechnology, food and product safety, obesity, and irradiation.

Elizabeth works for the Procter & Gamble global fabric care business as a Senior Communications Mangager. She started with P&G in 2011 in the Media Relations department, then moved into a Communications Manager role for Global Sustainability. In 2014, Elizabeth Led P&G's global onsite media relations strategy and execution for the Sochi 2014 Olympic Winter Games in Sochi, Russia. Then, worked on P&G's global Thank You Mom campaign to develop the communications strategy and execution across 35+ markets and 18+ brands for the Rio 2016 Olympic Games. Elizabeth holds a Masters degree in Strategic Communications from American University.

Research Fellow at The Clorox Company

For the least 13 years, Nancy has been a strategic technical leader in the development of consumer products for The Clorox Company. Her experience includes technology development, product development, creative problem solving, ideation, intellectual property, and development of a novel technical leadership network. In her current role, she utilizes technical expertise, business acumen, and consumer insights with strategic thinking to develop compelling and exclusive solutions for consumers. Nancy also develops novel technologies for consumer products and works with cross functional team of marketing and consumer research to develop compelling consumer product ideas.

Prior to joining Clorox, Nancy spent 12 years as a Senior Project Scientist for Unilever in their Home and Personal Care division in North America where she developed a wide range of laundry products, including liquid, powder, and tablet detergents, fabric softener liquids and sheets, color-safe bleaches, and spray, gel, and soft-solid pretreatment products. She also developed capability in novel surfactant systems.

Heather serves as the Global VP of Regulatory for Hygiene and Home at RB, covering brands like Lysol, Harpic, Finish, Vanish and Airwick. Prior to this, Heather was the Director of Government and Regulatory Affairs where she developed the regulatory strategy for projects across all phases and directed the activities of a team of regulatory professionals. In that role, Heather represented company interests with local government agencies, industry associations and other organizations to influence legislation, regulations and/or guidelines that impact the Canadian business, and managed the protection and promotion of RB business, brands and initiatives.

Prior to this, Heather served as the Government Relations Manager for S.C. Johnson & Son, ltd. Where she was the key external ambassador and representative for the company.

Heather currently serves on the Board of Directors for A.I.S.E. (International Association for Soaps, Detergents and Maintenance) and had previous roles as Vice Chair for the Consumer Health Products of Canada Strategies Committee; Vice Chair of the Consumer Health Products of Canada Drug Scheduling Task Force and a Member of both the Ontario Chamber of Commerce Working Group on Waste Reform and the Network of Executive Women Mentoring Committee.

Heather holds a Bachelor of Science degree in Biochemistry with a Minor in Nutritional Science and a Masters degree in Toxicology.

Andras has been working at Evonik (formerly Degussa) for 14 years in Richmond, Virginia in new product development and application in oleochemicals and organomodified silicones supporting home- fabric- car care and I&I.

Prior to his current employment he held various academic and industrial positions at the University of Akron, OH, at the Central Research Institute for Chemistry of the Hungarian Academy of Sciences and at Capital Chemical Co. in OH.

He holds a Masters degree in chemical engineering a Doctorate degree in polymer chemistry and a Ph.D. in macromolecular science.

Beyond work and family Andras tries to find time for his hobbies which includes landscaping, baking and running.

Steve is VP of Business Development at NXTLEVVEL Biochem - a commercial scale manufacturer of next generation biomass derived chemicals, with world leading technology in bio-solvents based on levulinic acid. Steve has been involved in the specialty chemicals industry for over 30 years. During his career he has held leadership positions in Business Management, Technology Management, International Sales Development, Application Engineering, and Product Development.

Madhusudan Patel, Ph.D is the Director of Biotechnology & Strategic Partnerships at IFF (International Flavors & Fragrances Inc.); a leading collective of unconventional thinkers and creators, putting science and artistry to work to create unique and unexpected scents, tastes, experiences and ingredients for the products our world craves.

His guiding principles are circular design, and harnessing Nature, (bio-) technologies and green chemistries to develop new, meaningful, and differentiating ingredients and solutions through outstanding strategic partnerships and innovative ecosystems.
Prior to joining IFF, Madhusudan built and led the Open Innovation Center of Excellence at Sun Products Corporation (now acquired by Henkel), Wilton, CT where he was responsible for new technologies, building strategic R&D alliances and populating the innovation pipeline for the laundry and fabric conditioning categories for both national and retail brands. He also led the development of the corporate IP strategy.